Explains all the steps required to install Android SDK Tools on Windows without using Android Studio.

How To Install Android SDK Tools On Windows
March 10, 2019

In this post, we will discuss the steps required to install Android SDK Tools on Windows. It assumes that JDK 8 or lower is installed on the system to work out of the box since JDK 9, 10, 11, and 12 have reported compatibility issues with Android SDK. There are solutions suggested by the community to work with JDK 9 and 10 as shown at the end of this post. Android SDK won't work with JDK 11 and 12 due to the removal of modules required by it. This tutorial provides the steps for Android SDK Tools on Windows 10, though the steps should be the same on other versions of Windows.

This post is useful for the developers using Android SDK Tools with other IDEs without installing Android Studio for the use cases including hybrid app development using Ionic. It also assumes that a valid JAVA_HOME environment variable exists pointing to the installation directory of Java.

Open the download tab of Android Studio and scroll down to the Command line tools only section. This section shows various options to download the SDK tools as shown in Fig 1. 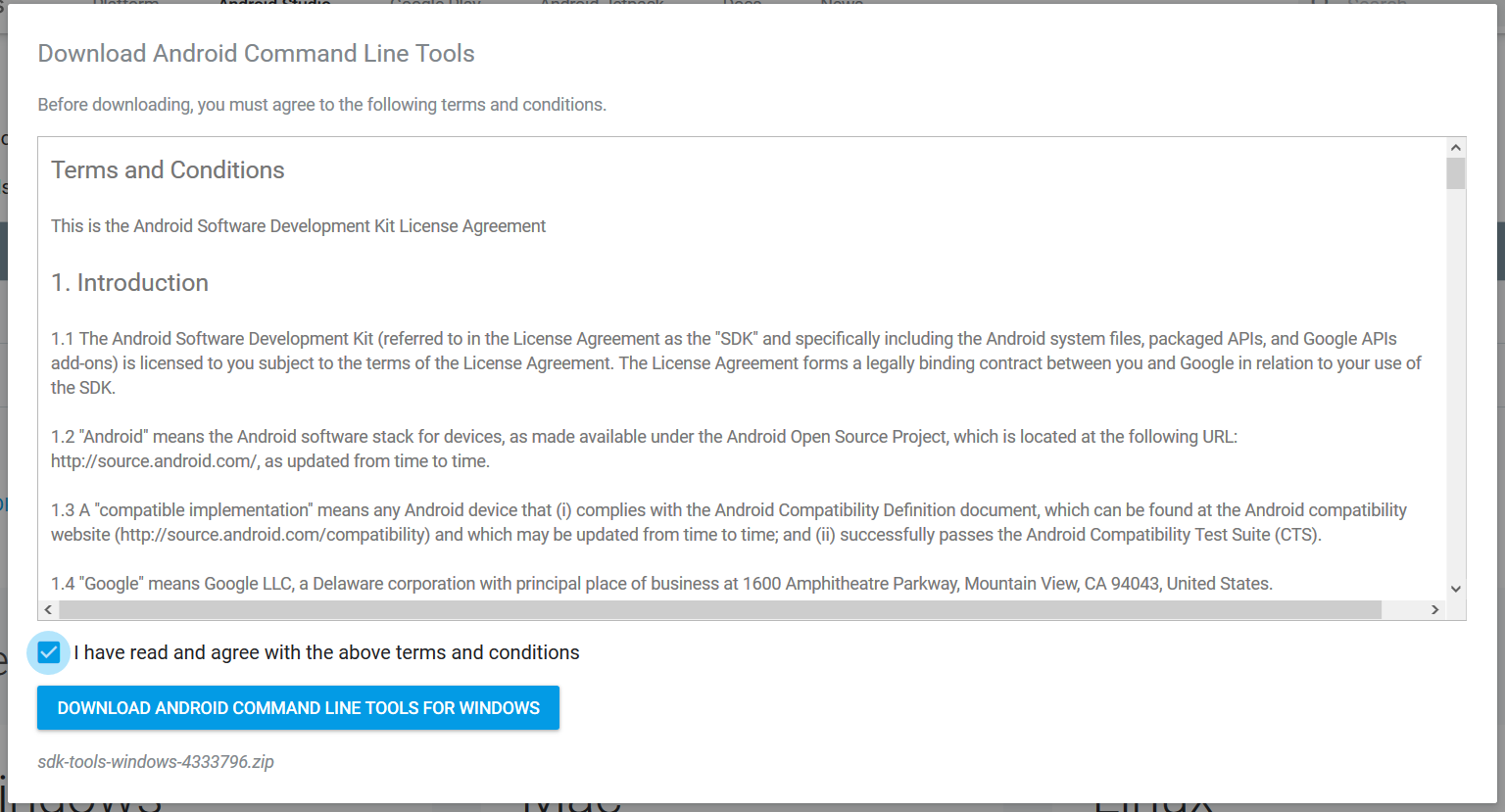 In this step, we will install the Android SDK Tools on Windows. Create a directory having name set to android-sdk and extract the content of the downloaded SDK Tools zip to this directory. Make sure that the extracted content is available within the android-sdk directory created by us.

Right-click on the My Computer on the desktop and click on the Properties option. Click on Advanced system settings. It will show the System Properties dialog having Advanced Tab options as shown in Fig 3. 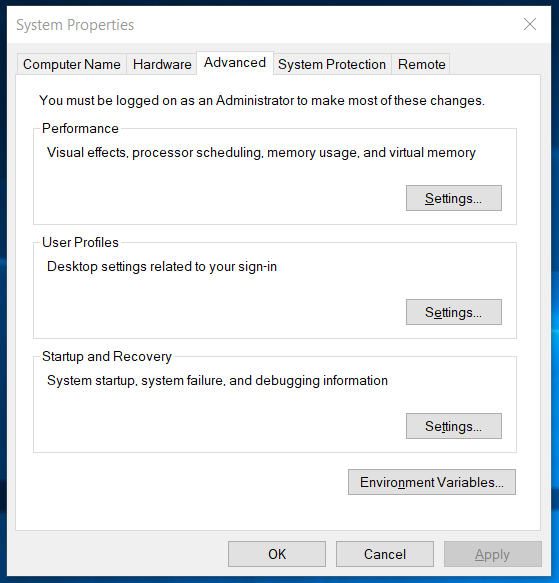 Click on Environment Variables Button and click on New Button in the first section. Set the Variable Name field to ANDROID_HOME and Variable Value to the android-sdk directory created by us in the previous step.

, make sure that the JAVA_HOME environment variable is set to the JDK installation directory. It must not end with the bin as we do with path variable.

In previous steps, we have downloaded and extracted the SDK Tools and Platform Tools to the android-sdk directory. Both the tools provide several command-line utilities which we need to run by going to the appropriate directory having the executable files.

We can make these commands available at the system level without going to these directories by adding the path to tools, tools\bin, and platform-tools to system path as shown in Fig 4. Make sure that these executables do not break other commands having the same name before adding these paths to the PATH environment variable. 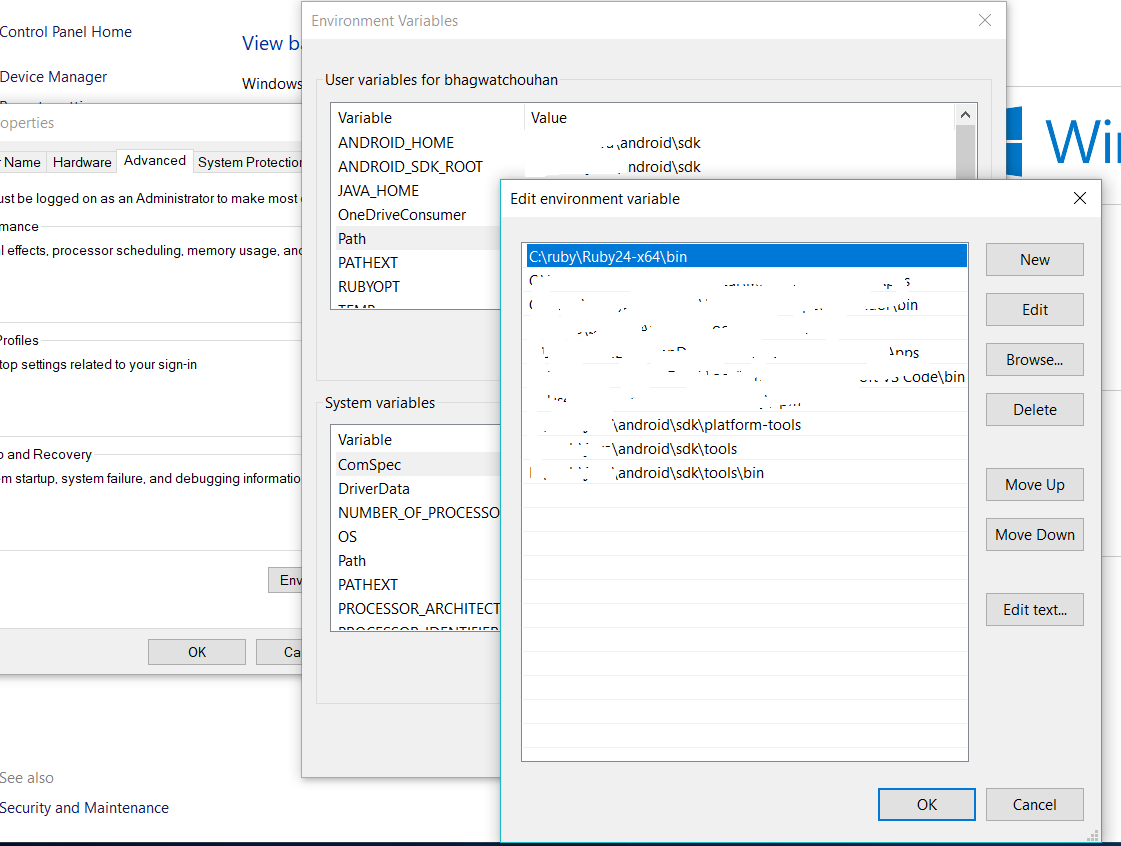 Now restart the system to apply the environment variables set by us.

Install Platform - Use the below-mentioned command to install the Android 9 (API level 28) using the SDK manager.

Add System Image - We can add system image from available images shown by list command using the SDK manager as shown below. We are adding the most recent default 64-bit system image.

Install Emulator - We need to install the emulator before creating the AVD using SDK Manager.

Using the Emulator and AVD Manager

The above commands ask a bunch of questions to configure the AVD if we choose the custom hardware profile option. We have excluded the details of these options from this tutorial since these configuration details depend on the actual needs. After completing all the configurations, it creates the AVD using the name provided by us while configuring it.

List Android Emulators - Now go to the tools directory on the command line and check the installed platform as shown below.

It will list all the AVDs installed by us.

Run Emulator - We can run the emulator created by us as shown below.

The above command might show an error specific to the qt library. We can execute the emulator from the Android SDK Tools directory in such a case.

The emulator will take some time to completely launch the AVD. The final results should look similar to the one shown in Fig 5. 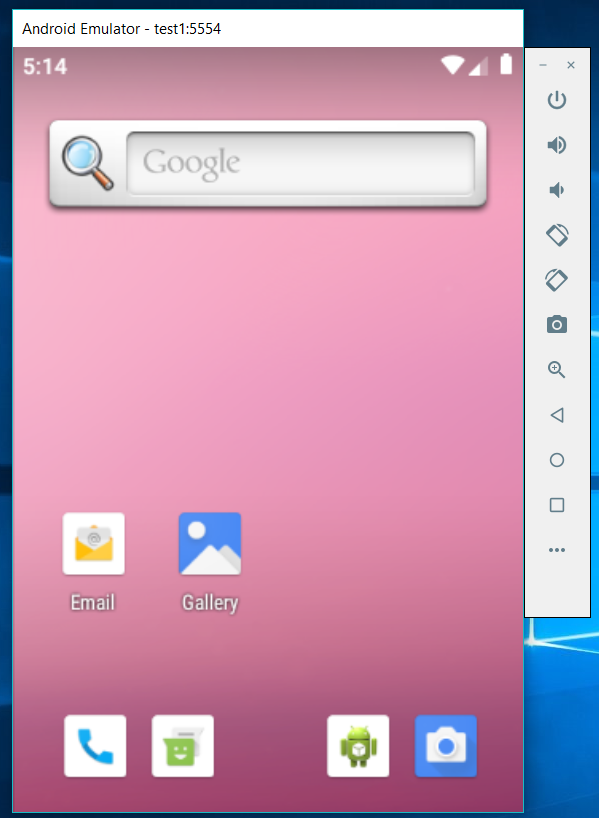 Delete Emulator - We can also delete an existing emulator as shown below.

Use the below-mentioned command for JDK 9 and 10 on Linux and Windows.

Modifying the SDK manager script is another option as shown below.

We need to download additional jars(JAXB, JAF) and modify the SDK manager script - sdkmanager.bat for Java 11 as shown below.